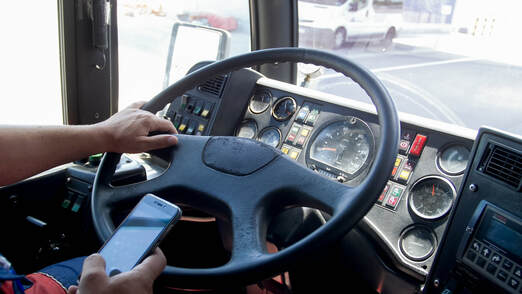 While driving is inherently dangerous, the size and weight of trucks and tractor-trailers carry an even greater risk. The average car weighs approximately 1.5 tons, while the average commercial tractor-trailer truck weighs about 40 tons.
When trucks collide with passenger vehicles severe damage and serious, often life-threatening, injuries can occur. It’s not surprising that when an accident between the two occurs it is often the occupants of the passenger vehicle that suffer the majority of injuries and fatalities.

According to the U.S. Department of Transportation’s Fatality Analysis Reporting System (FARS), in 2018 (the latest data available), a total of 4,136 people died in large truck crashes, 31 percent more than 2009.

Despite regulations limiting the number of hours that a truck driver can be on the road without breaking (11 hours under federal law), the expectations placed on them to deliver on time often result in violations of these laws. Truck drivers who continue to drive through the night without enough sleep will generally become drowsy and ultimately unable to safely navigate the vehicle.

In addition to drowsy driving, common causes of truck accidents include:

Regardless of the cause of the accident, you should not have to pay for the negligence or recklessness of someone else. It is important to hold accountable those responsible.

Those liable for these accidents may include the following:

What Can You Do?

If you have been involved in a commercial vehicle accident or if you have lost a loved one due to a truck accident the outcome can be life changing in many ways. But going up against a large trucking company can be quite intimidating. That’s one reason as to why it is best to consult with a knowledgeable and experienced Missouri truck accident attorney.

Personal Injury Attorney, Matthew Dreesen, has years of experience dealing with truck accident victims. He provides serious legal representation and assistance to those injured in a truck accident, working hard to preserve the proper evidence and prove their case. Acting as your advocate, Dreesen Law will fight to get you the compensation that you deserve.

To learn more or to schedule a free initial consultation, contact us via the chat option below, by phone at
573-4040-LAW or through our contact form by clicking here.