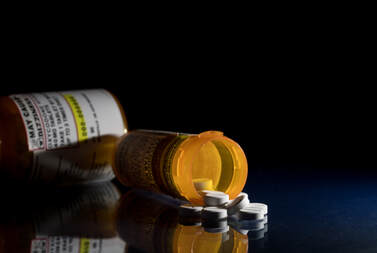 With the opioid crisis making national headlines, the attitude towards addiction has become more aligned with seeing such behavior as a disease rather than criminal activity. As such, more rehabilitation facilities have opened their doors in the U.S. In fact, as of the beginning of 2018, there were approximately 14,500 rehab facilities nationwide. But while rehab and treatment centers are supposed to help individuals to overcome addiction, sometimes they create additional problems.
Since there is no official definition for what constitutes a rehab, it is not surprising that the government also lacks clear standards for what should transpire during one’s time there. Because the definition is so obscure, almost any organization can call itself a rehab simply by maintaining that it helps people to recover from addictions.

With no clear standards or definition, little scientific support for treatment plans and claims, and no objective way of determining the current sobriety of former patients, it is easy to understand why incurring serious injury – whether through reckless behavior, intentional acts, or negligent conduct – while at a treatment center is not uncommon.

Injuries while at a treatment center often occur due to negligence. The center and its employees have a duty of care that they fail to uphold.

Common acts of treatment center negligence that cause these injuries include the following: 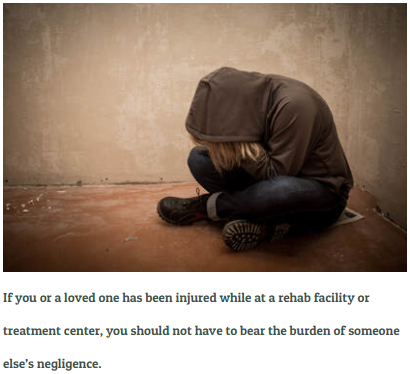 Unfortunately, when determining whether or not a treatment center failed to uphold its duty of care, the level of care provided must simply be considered “reasonable.” Determining whether what occurred was reasonable must be measured on a case-by-case basis. This can prove extremely challenging, as the treatment center maintains control over most of the evidence. This is why the value of a qualified attorney should not be underestimated.

By filing a personal injury lawsuit you may be entitled to compensation for:

If you or a loved one has been injured while at a rehab facility or treatment center, you should not have to bear the burden of someone else’s negligence.

At Dreesen Law, we understand the immense physical, mental, and financial impact that the negligence of your treatment center can have on you and your family. That’s why we will work hard to help you obtain the compensation that you deserve. To learn more or to schedule a free initial consultation, contact us via the chat option below, by phone at 573-4040-LAW or through our contact form by clicking here.